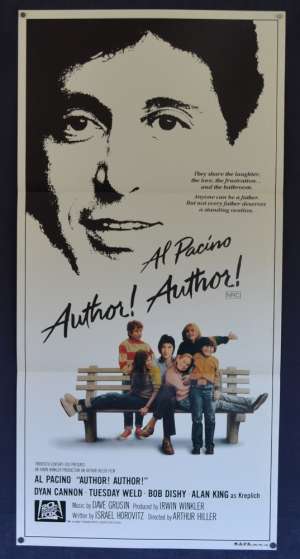 Author! Author! is a 1982 American autobiographical family film directed by Arthur Hiller, written by Israel Horovitz and starring Al Pacino. It follows a Broadway playwright attempting to solve his family and relationship troubles, while getting a new play for production. Pacino told that he made the film, because he thought he would enjoy making a film "about a guy with his kids, dealing with New York and show business. I thought it would be fun." Pacino said that he enjoyed working with the actors, who spend time with his children.