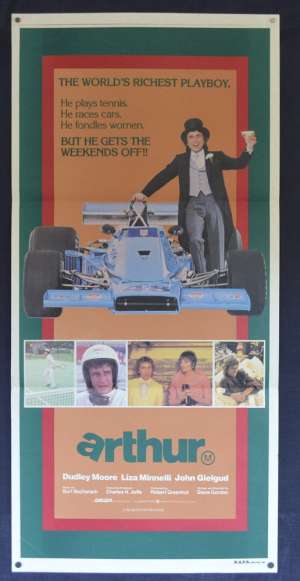 Arthur is a 1981 American comedy film written and directed by Steve Gordon. The film stars Dudley Moore as the eponymous Arthur Bach, a drunken New York City millionaire who is on the brink of an arranged marriage to a wealthy heiress, but ends up falling for a common working-class girl (Liza Minnelli) from Queens. It was the first and only film directed by Gordon, who died in 1982 of a heart attack at age 44. Arthur earned over $95 million domestically, making it the fourth-highest-grossing film of 1981. The film received critical acclaim upon its release. Its title song, "Arthur's Theme (Best That You Can Do)", won the Academy Award for Best Original Song. Co-written by Christopher Cross, Burt Bacharach, Carole Bayer Sager and Peter Allen, it was performed by Christopher Cross. Sir John Gielgud also won an Oscar for Best Supporting Actor. The film was nominated for two other Academy Awards.