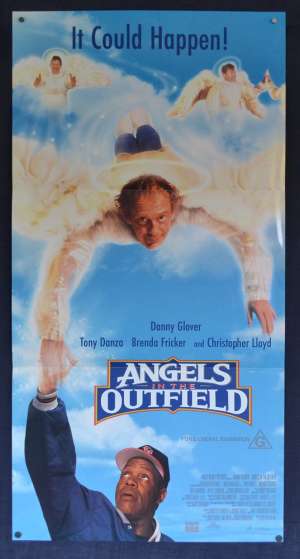 Angels in the Outfield is a 1994 American family sports fantasy comedy-drama film that is a remake of the 1951 film of the same name. The film stars Danny Glover, Tony Danza and Christopher Lloyd (the two latter actors previously worked together on Taxi), and features several future stars, including Joseph Gordon-Levitt (in the lead), Adrien Brody, Matthew McConaughey, Neal McDonough and Dermot Mulroney. The film was released less than a month before the 1994 MLB Baseball Players Strike, which forced the league to cancel the playoffs and the World Series. The film grossed $50.2 million at the box office domestically on a budget of 31 million.