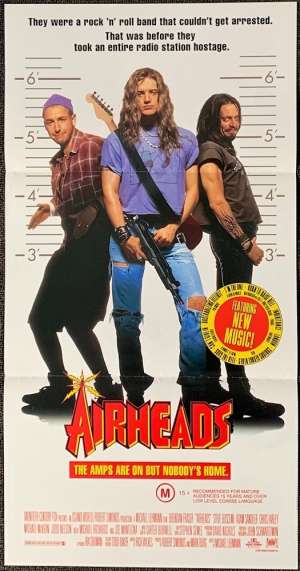 Original Australian Daybill movie poster.Airheads is a 1994 American crime-comedy film written by Rich Wilkes and directed by Michael Lehmann. It stars Brendan Fraser, Steve Buscemi and Adam Sandler as a band of loser musicians who stage a hijacking of a radio station in order to get airplay for their demo recording. Joe Mantegna, Michael McKean, Ernie Hudson, Harold Ramis and Michael Richards play supporting roles. The film has gained a cult following due to the actors and music involved in the film.