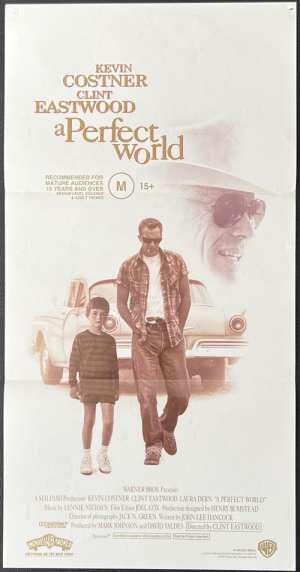 Daybill Poster. A Perfect World is a 1993 crime drama road film directed by Clint Eastwood starring Kevin Costner as an escaped convict who befriends a young boy (T.J. Lowther) and ends up embarking on a road trip with the child. Eastwood co-stars as a Texas Ranger in pursuit of the convict. In the years since its release, the film has been acclaimed by critics as one of Eastwood's most satisfying (albeit underrated) directorial achievements, and the scenes between the convict (Costner) and his young captive (T. J. Lowther) have been acknowledged as some of the most delicately crafted sequences in all of Eastwood's body of work.