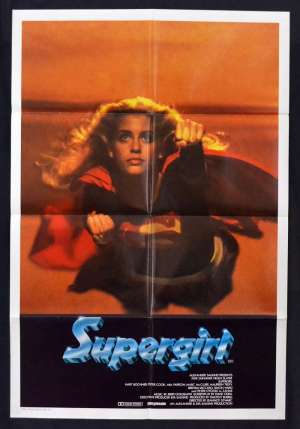 Supergirl is a 1984 British superhero film directed by Jeannot Szwarc and written by David Odell. It is based on the DC Comics character of the same name and serves as a spin-off to Alexander and Ilya Salkind's Superman film series. The film stars Helen Slater as Supergirl, along with Faye Dunaway, Mia Farrow, and Peter O'Toole, with Marc McClure reprising his role as Jimmy Olsen from the Superman films. He was the only actor to do so. Supergirl was the first superhero film to feature a woman in the lead role. Supergirl commercially took the #1 slot at the North American box-office during its opening weekend and Slater was nominated for a Saturn Award for Best Actress. John Grant, writing in The Encyclopedia of Fantasy, describing Slater as "an exceptionally charming Supergirl" and mentioning that Supergirl had some "excellent-and excellently realised-flights of imagination.