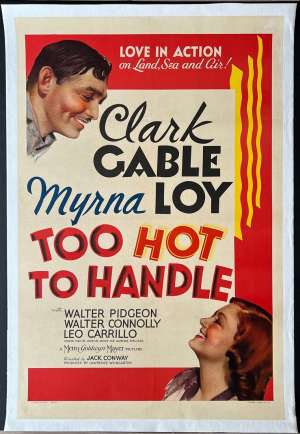 Too Hot To Handle is a 1938 film about a newsreel reporter, the woman he is attracted to, and his fierce competitor, played by Clark Gable, Myrna Loy, and Walter Pidgeon respectively. Many of the comedy gags were devised by an un-credited Buster Keaton. Directed by Jack Conway and produced by Lawrence Weingarten.