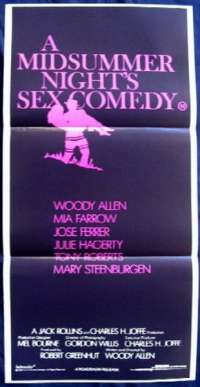 A Midsummer Night's Sex Comedy is a 1982 American sex comedy film written, directed by and starring Woody Allen. The plot is loosely based on the 1955 Swedish comedy film Smiles of a Summer Night, written and directed by Ingmar Bergman. It was the first of 13 films that Allen would make starring Mia Farrow. Her role was originally written for Diane Keaton, another Allen lead actress, but she was busy promoting her film Reds and preparing to begin production on Shoot the Moon. Julie Hagerty, Mary Steenburgen, Tony Roberts and Jose Ferrer co-starred. It also marks the first appearance of Allen as an ensemble performer in his own film, as previously he had either been the lead character or did not appear in his films. A Midsummer Night's Sex Comedy received positive reviews. 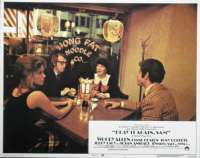