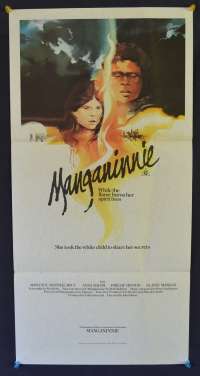 An AFI Award-winning 1980 film which follows the journey of Manganinnie, a Tasmanian Aboriginal woman who searches for her tribe with the company of a young, lost white girl named Joanna. Based on Beth Roberts' novel of the same name, it was directed by John Honey and was the first feature film to be financed by the short-lived Tasmanian Film Corporation.