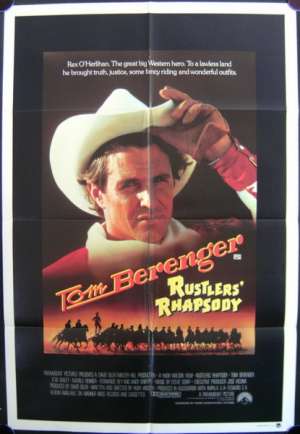 Original Australian One Sheet movie poster. Rustlers' Rhapsody (1985) is an American comedy-Western film. It is a parody of many Western conventions, most visibly of the singing cowboy films that were prominent in the 1930s and the 1940s.The film was written and directed by Hugh Wilson and stars Tom Berenger as a stereotypical good-guy cowboy, Rex O'Herlihan, who is drawn out of a black-and-white film and transferred into a more self-aware setting. Patrick Wayne, son of Western icon John Wayne, co-stars, along with Andy Griffith, Fernando Rey, G.W. Bailey, Marilu Henner and Sela Ward. Henner was nominated for a Golden Raspberry Award as Worst Supporting Actress. 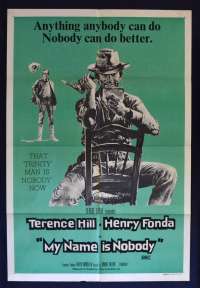 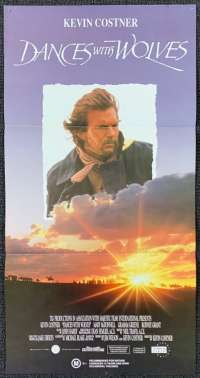