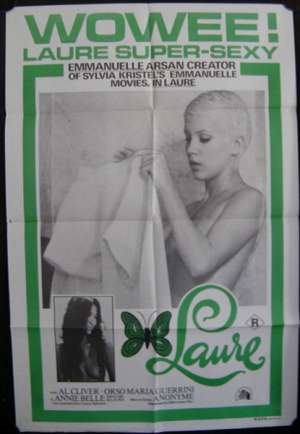 Original One Sheet movie poster Laure 1976 aka Forever Emmanuelle. Laure (also known as Forever Emmanuelle and Laura) is a 1976 Italian erotic film directed by Louis-Jacques Rollet-Andriane and Roberto D'Ettorre Piazzoli, even if the film was advertised as directed by Emmanuelle Arsan. The first choice for the title role was Linda Lovelace, but due to her personal problems at the time, she was first recast in the secondary role of Natalie Morgan, and eventually put out of the film. The star of the film would go on to be Annie Bell who was very popular in Italian exploitation cinema at the time. It was shot in the Philippines and in Rome.