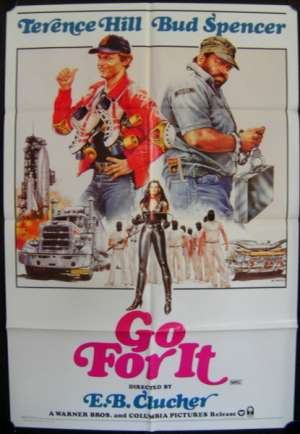 Original Australian One Sheet Poster Go for It 1983