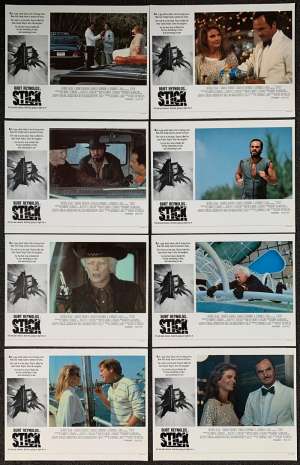 UK Lobby Card Set.Stick is a 1985 American crime film based on Elmore Leonard's 1983 novel and starring and directed by Burt Reynolds. "I wanted to make that movie as soon as I read the book," said Reynolds. "I respected Leonard's work. I felt I knew that Florida way of life, having been raised in the state. And I was that guy!" Filming took place in Florida in October 1983 and it opened at No. 1 on its opening weekend.