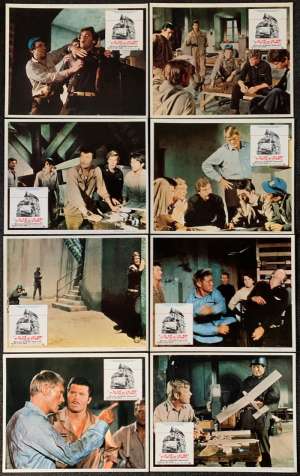 Original Lobby Card Set x 8 (Mexican) Escape Of The Birdmen 1971. During World War II, US soldier Harry Cook and his team are sent to Norway to aid in the defection of Halden Brevik, a scientist working on the atomic bomb for the Germans. Captured by the Germans and sent to the Colditz POW prison camp in an alpine castle on the German-Swiss border, Cook must find a way to escape with the scientist before the Gestapo discovers the Norwegian's true identity. The prisoners pin their hopes for freedom on a homemade glider, ingeniously designed and built by the prisoners inside the walls of the fortress! Based on a true World War Two story.