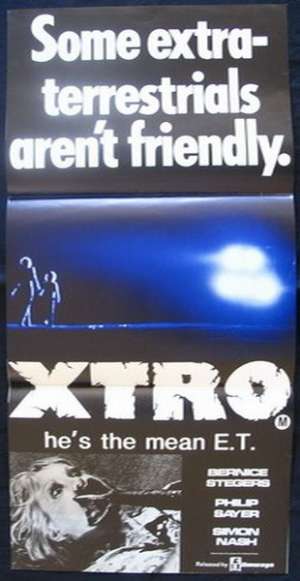 Xtro is a 1982 British science fiction horror film directed by Harry Bromley Davenport and co-produced by Bob Shaye. Starring Bernice Stegers, Phillip Sayer, and Simon Nash. The film focuses on a father who was abducted by aliens and returns to his family three years later, where his presence affects them negatively. Production of the film started and completed in February 1982.The film was released in the United Kingdom in December 1982, and in January 1983 in the United States. While reception to the film is mostly negative, the film has achieved a cult status since its release. Two sequels have been made with a third planned.