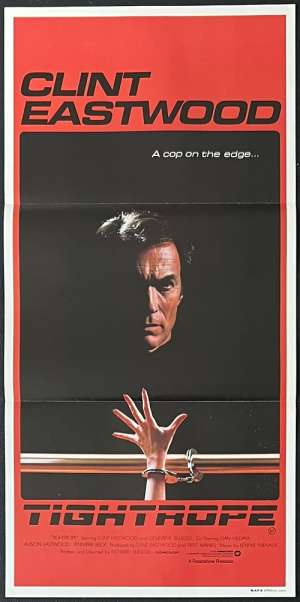 Daybill Poster.Tightrope is a 1984 American suspense thriller produced by and starring Clint Eastwood and written and directed by Richard Tuggle. Tightrope was filmed in New Orleans in the fall of 1983.While Tuggle retained the director's credit, as with The Outlaw Josey Wales on which original director Philip Kaufman was replaced by the star, Eastwood directed most of the movie after finding Tuggle working too slowly. The film was released in United States theatres in August 1984 grossing $48 million at the United States box office. In its opening weekend Tightrope was number 1 and was also a success among critics.