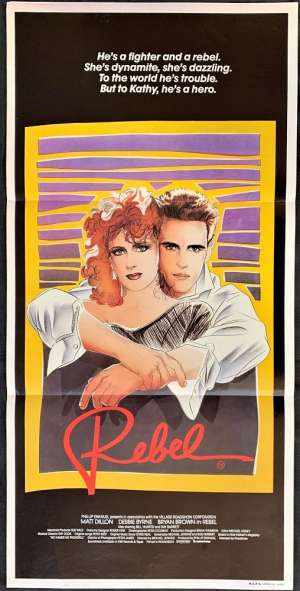 Country of origin Daybill poster. Rebel is a 1985 Australian musical drama directed by Michael Jenkins and starring Matt Dillon, Debra Byrne, and Bryan Brown. It is set in World War Two. The movie was based on the play No Names, No Packdrill, by Bob Herbert, uncle of Louis Nowra. Considerable changes were made from the play, including turning the female lead from a postal worker into a singer in a female band. It was originally hoped to cast Olivia Newton-John in this role but Debra Byrne was cast instead and made a great personal success in it. Rebel won five AFI awards and was the most nominated film of its year.