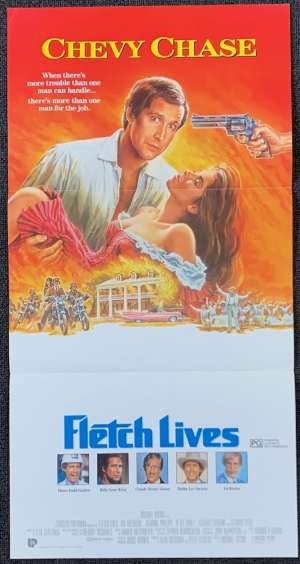 Daybill Poster with great artwork of chase in character.Fletch Lives is a 1989 American comedy film starring Chevy Chase and the sequel to Fletch (1985), directed by Michael Ritchie from a screenplay by Leon Capetanos based on the character created by Gregory Mcdonald. Fletch Lives was released by Universal Pictures. The movie debuted at No. 1.It went on to gross $39.4 million worldwide.