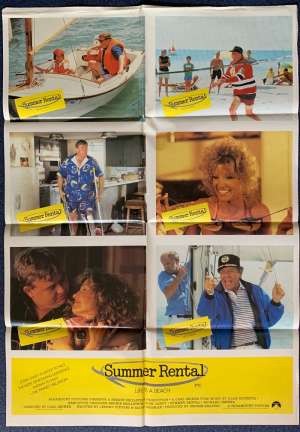 Photosheet Poster.Summer Rental is a 1985 American comedy film directed by Carl Reiner and starring John Candy. The movie's screenplay was written by Mark Reisman and Jeremy Stevens. An original music score was composed for the movie by Alan Silvestri. Summer Rental was released in the United States on August 9, 1985 and was Candy’s first starring role in a feature film. John Candy and Reiner got along so well that they planned to make another movie together at Paramount, titled The Last Holiday, but it never was made.