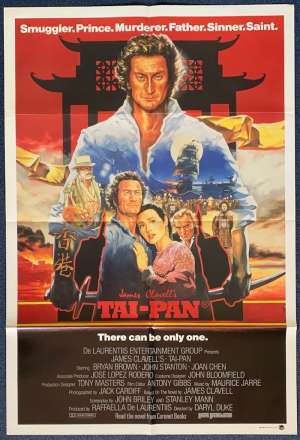 From the Best selling novel from James Clavell, comes this epic romantic adventure set in colonial China. Tai-Pan is Cinese for "supreme leader", and such a Tai-Pan is Dirk Struan, who is obsessed by his plan to make Hong Kong the "jewel in the crown of her British Majesty". In 1841 he achieves his goal but he has many enemies who try to destroy his plans. Will they succeed?