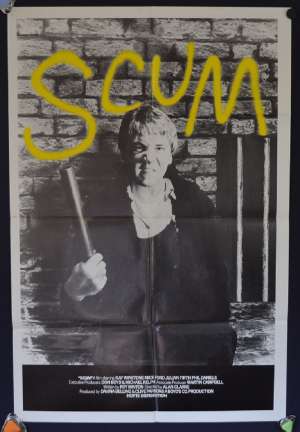 The film they tried to ban! A brutal story of today. Alan Clarke's Scum shows a vicious system and doesn't pull any of the punches or kicks so relentlessly deployed in the battles between rivals in the power stakes that incarceration promotes. It's the brutal story of life in a modernday Borstal. Run by the violence and cruelty of both inmates and officers, the system is a jungle which brutalizes all within its walls. Carlin, who has been transferred from another Borstal for retaliation against violent officers, is thrown into this human quagmire and what follows is a harsh and bitter battle for survival. He realises that the only way is by beating the system at its own game and eventually erupts as leader of a bloody climatic riot.