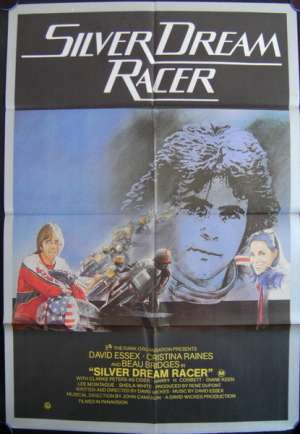 One Sheet Poster.Silver Dream Racer is a 1980 motor-racing film starring British pop star David Essex and Beau Bridges. The film was produced, written and directed by David Wickes. It would become the last film to be made by the Rank Organisation and by actor Harry H. Corbett. Some scenes were filmed during the 1979 Grand Prix at Silverstone, Northamptonshire and The Silver Dream Racer was a real bike. The film and poster now enjoys a cult following amongst motorcycle fans.