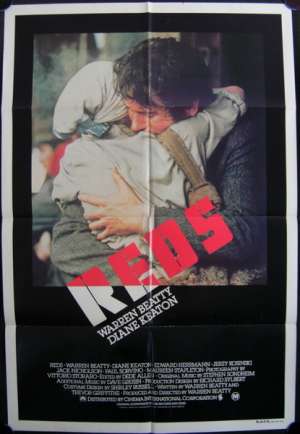 An instantaneous classic Warren Beatty's Reds was nominated for more Academy Awards in 1982 than any other film for the previous 15 years. The recipient of numerous critical Best Picture prizes throughout the world it won every major directorial award of 1981-1982 for Beatty. Reds is the story of the love affair of John Reed and Louise Bryant in a war-torn world and how the Russian Revolution shook their lives. Warren Beatty is John Reid, American Communist journalist and activist who was buried in the Kremlin Wall. Diane Keaton is Louise Bryant, writer and feminist whose love for Reed carries her across continents. Jack Nicholson is Eugene O'Neill Americas greatest playwright whose life intertwines romantically with Bryants. Maureen Stapleton is anarchist and feminist Emma Goldman and Jerzy Kosinski is Bolshevik leader Gregory Zinoviev.