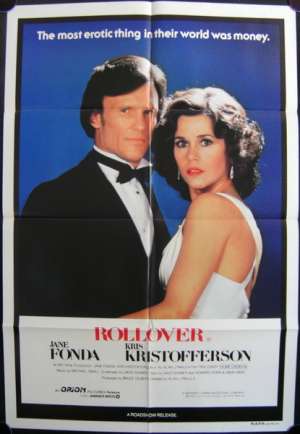 Rollover is a 1981 American political thriller film directed by Alan J. Pakula and starring Jane Fonda and Kris Kristofferson. The storyline is as follows: An Arab oil organization devises a plan to wreck the world economy in order to cause anarchy and chaos.