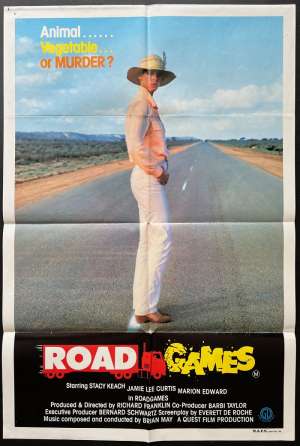 Road Games (also known as Roadgames) is a 1981 Australian thriller film directed by Richard Franklin and starring Stacy Keach as a truck driver, and Jamie Lee Curtis as a hitchhiker. Road Games did not perform well in the United States as originally expected, which Franklin blames on its marketing as a slasher film. However, it did lead to Franklin landing the job of directing Psycho II in 1983.Quentin Tarantino called Road Games his favorite Australian film.