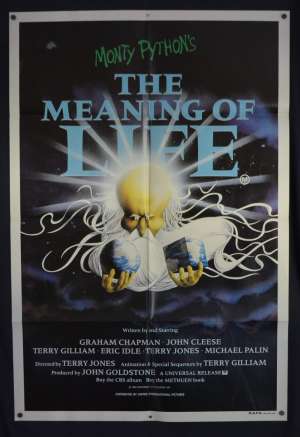 Monty Python's The Meaning Of Life One Sheet Poster Original 1983