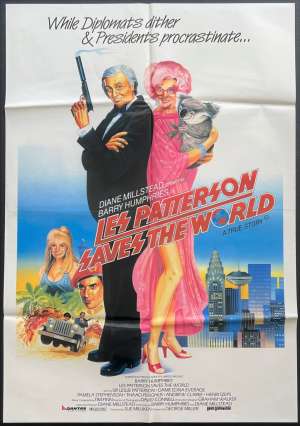 Country Of Origin Poster and artwork by S.Graham. Les Patterson Saves the World is a 1987 Australian comedy film starring Barry Humphries as his stage creations Sir Les Patterson and Dame Edna Everage. The film was co-written by Humphries with his third wife Diane Millstead, and directed by George Miller of The Man from Snowy River fame.