Falcon & The Snowman, The One Sheet Australian Movie poster 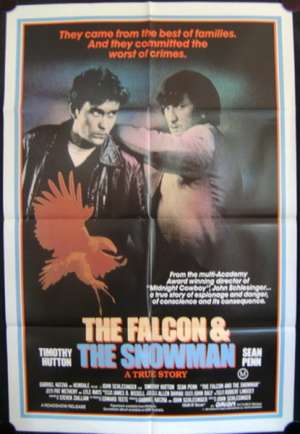 The true story of Christopher Boyce, a young All-American man whose job as a guard for sensitive documents shatters his faith in his country and leads him to a sometimes comic, sometimes chilling sideline as a spy for the Soviets, aided by his scruffy buddy, Daulton; it can't last, though, and the consequences are tremendous for Boyce and his family.