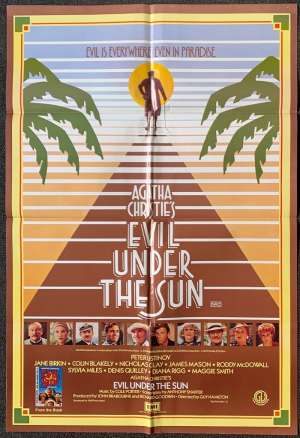 Original Australian One Sheet Movie Poster Evil Under the Sun

Evil Under The Sun is a 1982 British mystery film based on the 1941 novel of the same name by Agatha Christie. It was directed by Guy Hamilton, and stars Peter Ustinov in his second theatrical appearance as Belgian detective Hercule Poirot. The adaptation stayed fairly close to Christie's work but truncated scenes for time constraints, removed minor characters, and added humorous elements that were not present in the novel.