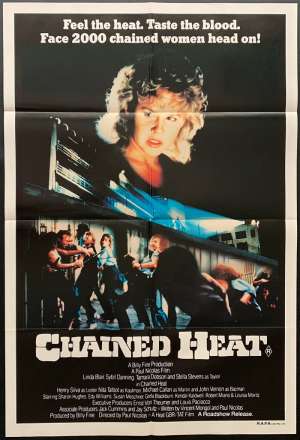 Chained Heat (alternate title: Das Frauenlager in West Germany) is a 1983 exploitation film in the women-in-prison genre. It was co-written and directed by Paul Nicholas for Jensen Farley Pictures. Linda Blair of The Exorcist stars as Carol Henderson, an immature and naive teenager who is sentenced to 18 months in a women's prison after killing a man by accident after driving drunk. Also starring in the film is John Vernon as the perverted Warden Backman, Sybil Danning as Erika and Tamara Dobson as Duchess. The film has gone on to have a cult following and a sequel was made Chained Heat 2.