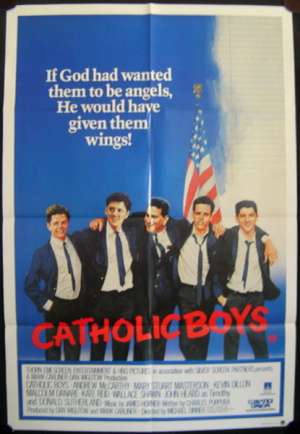 Michael Dunn (McCarthy) has a great choice of friends. A newcomer to St Basil's, a strict Catholic boys' school in Brooklyn, he falls in with Rooney, Williams, Corbet, and Caesar. This rebellious group gets caught in the crossfire between the repressive and liberal elements in the school, represented by Brother Constance, who likes picking boys up by their ears, and brother Timothy (Heard), the worldly young priest with a penchant for cigarettes and drink. Donald Sutherland plays the stern but sympathetic headmaster, Brother Thadeus, in this warm and rousing comedy about a group of young boys growing up, rebelling and discovering who they are.