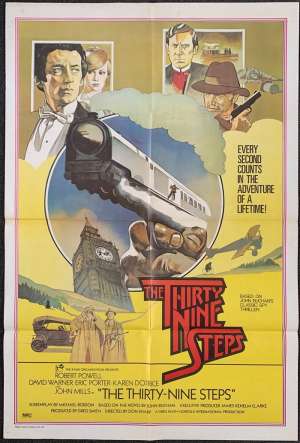 Richard Hannay is a Canadian visitor to London. At the end of "Mr Memory"'s show in a music hall, he meets Annabella Smith who is running away from secret agents. He accepts to hide her in his flat, but in the night she is murdered. Fearing he could be accused on the girl's murder, Hannay goes on the run to break the spy ring.