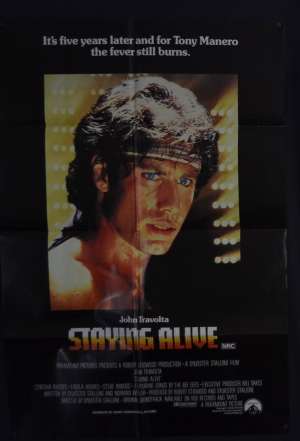 It's five years later and Tony Manero's Saturday Night Fever is still burning. Now he's strutting toward his biggest challenge yet - making it as a dancer on the Broadway stage. John Travolta ignites the screen as he recreates his legendary, Oscar-nominated character. Cynthia Rhodes (Flashdance) and Finola Hughes sizzle as the women in Tony's life. And the soundtrack pulsates with the power of five unforgettable Bee Gees songs plus Frank Stallone's chart topping hit, "Far From Over." Directed and co-written by another film superstar, Sylvester Stallone, Staying Alive features John Travolta in one of his most powerful and unforgettable performances.