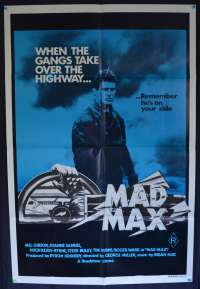 One Sheet Poster 1982 Re-Issue.Mad Max is a 1979 Australian dystopian action film directed by George Miller, produced by Byron Kennedy, and starring Mel Gibson. James McCausland and Miller wrote the screenplay from a story by Miller and Kennedy.The film earned $100 million worldwide in gross revenue. It held the Guinness record for most profitable film from 1980-1999[1] and has been credited for further opening up the global market to Australian New Wave films. The film became the first in a series, spawning the sequels Mad Max 2 (a.k.a. The Road Warrior, 1981), Mad Max Beyond Thunderdome (1985), and Mad Max: Fury Road (2015). 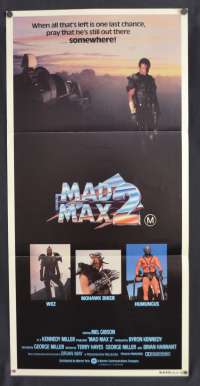 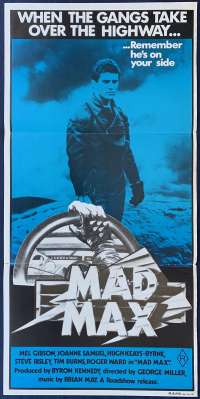 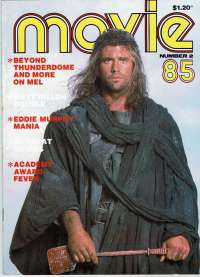 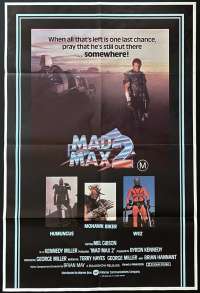 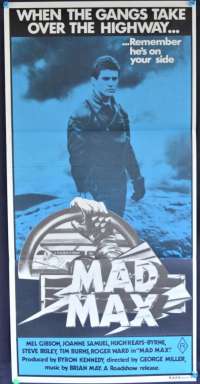 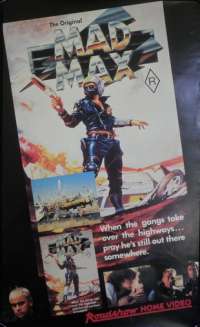 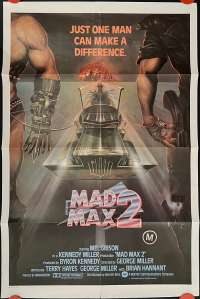 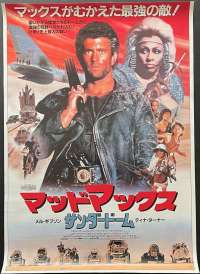 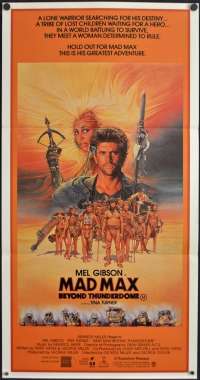