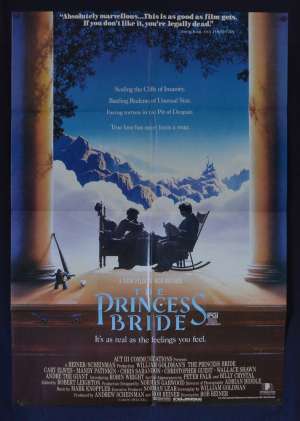 The Princess Bride is a 1987 DeLuxe Color American fantasy comedy adventure film directed and co-produced by Rob Reiner, and starring Cary Elwes, Robin Wright, Mandy Patinkin, Chris Sarandon, and Christopher Guest. Adapted by William Goldman from his 1973 novel of the same name.The story is presented in the film as a book being read by a grandfather (Peter Falk) to his sick grandson (Fred Savage), thus effectively preserving the novel's narrative style. The Princess Bride was not a major box-office success, but it became a cult classic after its release to the home video market.