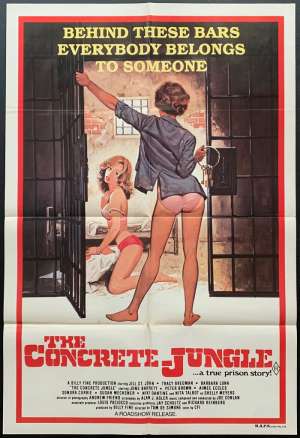 The Concrete Jungle is a 1982 American women in prison film directed by Tom DeSimone and featuring Jill St. John and Tracey E. Bregman. The storyline is as follows - a woman is unsuspectingly used to carry her boyfriend's stash of cocaine drugs in her skis and is caught by airport security. She is tried, convicted and sent to prison where she quickly learns to toughen up if she wants to survive.