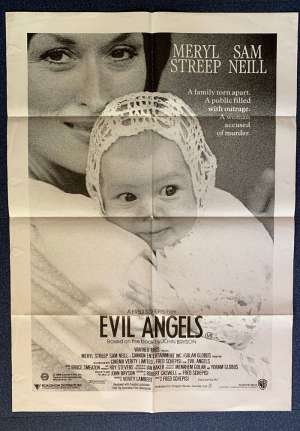 One Sheet Poster.Evil Angels released as A Cry In The Dark outside of Australia and New Zealand, is a 1988 Australian film directed by Fred Schepisi. The screenplay by Schepisi and Robert Caswell is based on John Bryson's 1985 book of the same name. Meryl Streep and Sam Neill star as the Chamberlains and Streep was nominated for an Academy Award for her performance.