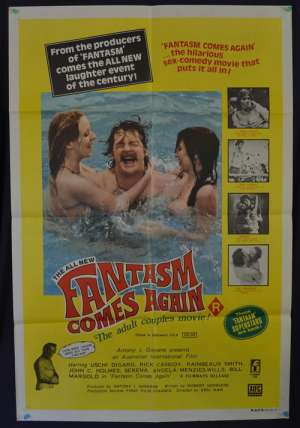 Fantasm Comes Again is a 1977 soft core pornographic film from Australia. It was a sequel to Fantasm (1976) and was the first feature directed by Colin Eggleston. The film sold well around the world but was not as popular as Fantasm at the Australian box office.