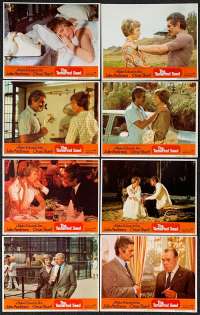 Judith (Julie Andrews), an attractive widow, is holidaying in Barbados where she meets the charming and handsome Feodor (Omar Sharif) the russian military attache to Paris. A friendship develops but unbeknownst to Judith, Feodor uses his position to conceal his position as Second-in-Command of the KGB. In London, her Foreign Office employers have heard about their meeting and both Britain and France are alarmed, believing this was a pre-arranged rendez-vous between two security threats. The couple's fledgling romance quickly escalates into international intrigue.