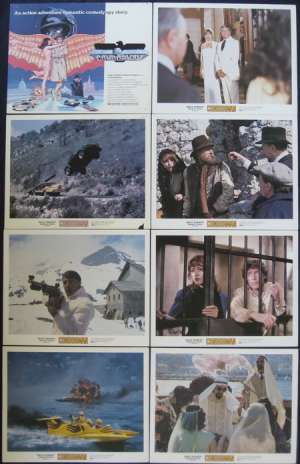 Condorman is a 1981 American adventure comedy superhero film directed by Charles Jarrott and produced by Walt Disney Productions. The film was not what Disney would normally produce although it did have capable leading actors - Michael Crawford, Barbara Carrera and Oliver Reed. The movie follows comic book illustrator Woodrow Wilkins' attempts to assist in the defection of a female Soviet KGB agent. The film's special effects were directed by Colin Chilvers, who previously worked on the first two Superman films starring Christopher Reeve. The effects were filmed at the location also used by Chilvers for the Superman films: Pinewood Studios. Condorman has gained a cult following amongst Disney fans and memorabilia such as this is sort after.