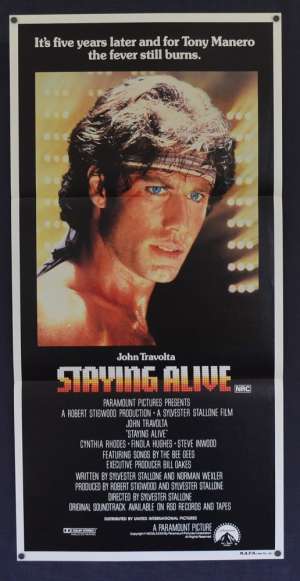 Staying Alive is a 1983 American dance film and a sequel to Saturday Night Fever (1977) starring John Travolta as dancer Tony Manero, with Cynthia Rhodes playing 'Jackie' his girlfriend. The film was directed, co-produced and co-written by Sylvester Stallone. Staying Alive was a commercial success - grossing nearly $65 million in the US box office against its $22 million budget. The film ranked in the top ten most financially successful films of 1983.