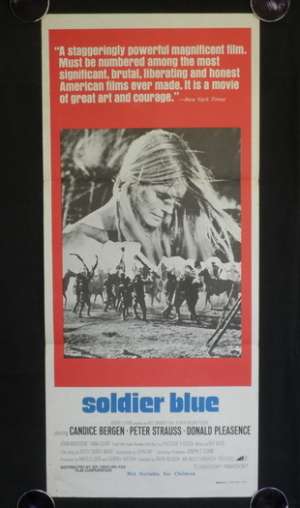 Original Australian Daybill movie poster. Soldier Blue is a 1970 American Revisionist Western movie directed by Ralph Nelson and inspired by events of the 1864 Sand Creek massacre in the Colorado Territory. The screenplay was written by John Gay based on the novel Arrow in the Sun by Theodore V. Olsen (republished as Soldier Blue after the movie was released). It starred Candice Bergen, Peter Strauss and Donald Pleasence.