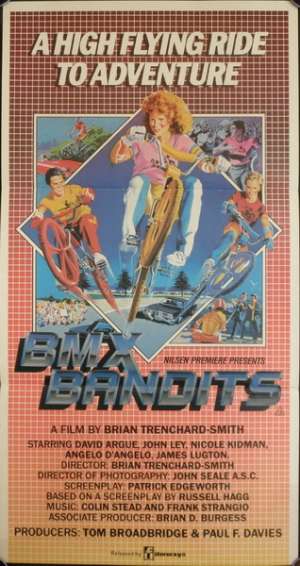 BMX Bandits Country Of Origin poster. Directed by Brian Trenchard Smith directed the film and Nicole Kidman sprained her ankle during filming. No female stunt double that looked like her could be found so her bike stunts were performed by an 18-year-old man in a wig. BMX Bandits grossed $124,649 at the box office in Australia.