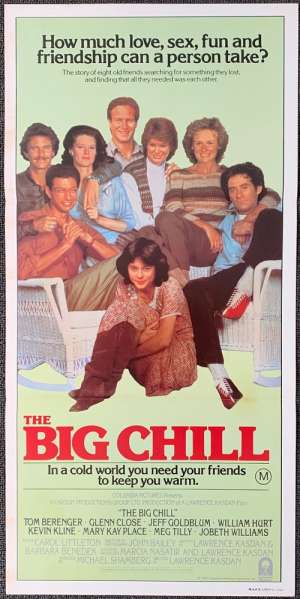 A once close-knit gang of friends including an actor (JoBeth Williams), a doctor (Glenn Close) and her husband (Kevin Kline), a Vietnam veteran (William Hurt), and a journalist (Tom Berenger) meets for a weekend after the funeral of their much-envied friend Alex (originally played by Kevin Costner but his scenes were cut), who committed suicide. The friends spend the weekend confronting the personal truths, sacrifices and betrayals that have left them disenchanted. Each must contend with unresolved issues they have with Alex, and with one another. The soundtract to the film was a big hit and the film has gone on to achieve a cult status.