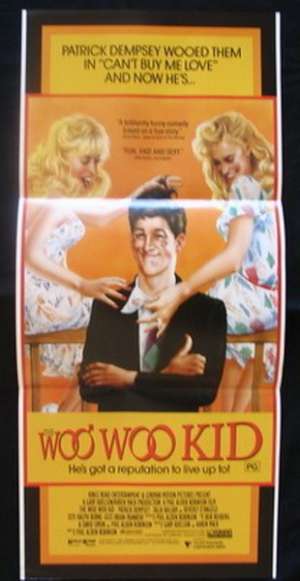 Daybill Poster. In the Mood (also known as The Woo Woo Kid) is a 1987 American comedy film written and directed by Phil Alden Robinson. The film is based on the true story of Sonny Wisecarver. Set in the 1940s, the feature stars Patrick Dempsey, Beverly D'Angelo, Michael Constantine, Betty Jinnette, Kathleen Freeman and Peter Hobbs. The film opened on September 16, 1987 in New York City and on September 18, 1987 in Los Angeles, California and Toronto, Canada. When the movie expanded to 361 screens on October 16, 1987, it took in $315,000 in its first three days of wider release.