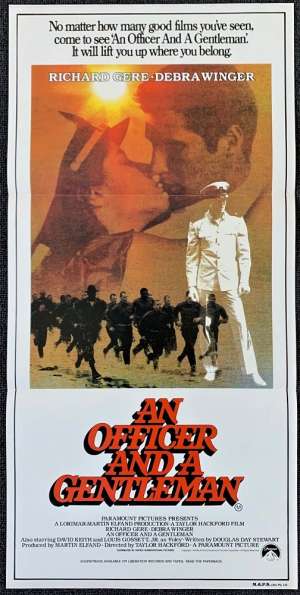 Original Australian Daybill Movie Poster An Officer And A Gentleman

An Officer And A Gentlemen stars Richard Gere, Debra Winger and Louis Gossett, Jr. who won the Academy Award for Best Supporting Actor for the film, and was produced by Lorimar Productions for Paramount Pictures.  It was written by Douglas Day Stewart and directed by Taylor Hackford. "Up Where We Belong" vocalists Joe Cocker and Jennifer Warnes earned a Grammy Award for Best Pop Vocal Performance, Duo or Group.