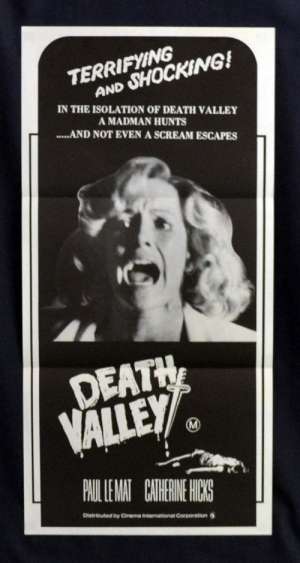 Death Valley is a 1982 horror film starring Catherine Hicks, Edward Herrmann, Peter Billingsley, Stephen McHattie, Paul Le Mat, Mary Steelsmith and Earl W. Smith.It was directed by Dick Richards and written by Richard Rothstein. It centred on a divorcee and her child being stalked by a serial killer after the boy picks up an object that can help tie the killer to his crimes. The chilling pre-James Horner orchestral score is by television composer Dana Kaproff.