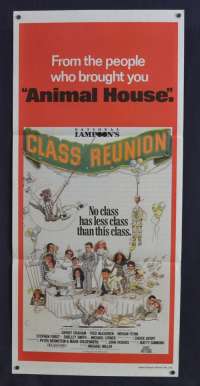 This is a 1982 black comedy horror film produced by National Lampoon as the third film from the magazine. It was the second film released; although National Lampoon Goes To The Movies was filmed in 1981, it was delayed and not released until 1983.Starring Gerrit Graham, Michael Lerner and Misty Rowe.