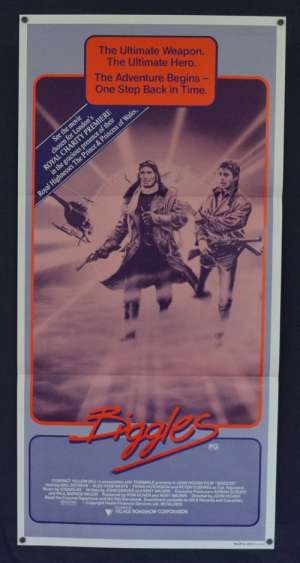 Original Australian Daybill movie poster. Biggles is a 1986 British sci-fi adventure film directed by John Hough and later released in 1988 in the United States as Biggles: Adventures in Time. The plot involves a time traveller from the 1980s who is inserted into World War I to help the character Biggles from the series of novels by W. E. Johns and where Biggles also travels to the 1980s to fight time-travelling World War I Germans. The film stars Neil Dickson, Alex Hyde-White and Peter Cushing in his final feature film role.