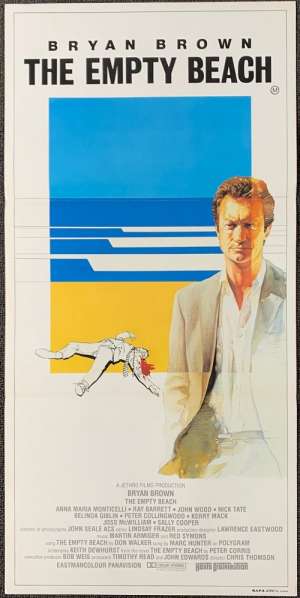 Country Of Origin Poster. The Empty Beach is a 1985 Australian thriller film starring Bryan Brown as private investigator Cliff Hardy inquires into the disappearance of a beautiful woman's wealthy husband from Bondi Beach. Based on the 1983 novel by Peter Corris of the same name. The film sold widely around the world and there were plans for Brown to appear in further Hardy adventures but this did not eventuate. By this time in Brown's career he was exploring an international career but was still keen to do domestic productions like this one where he could.